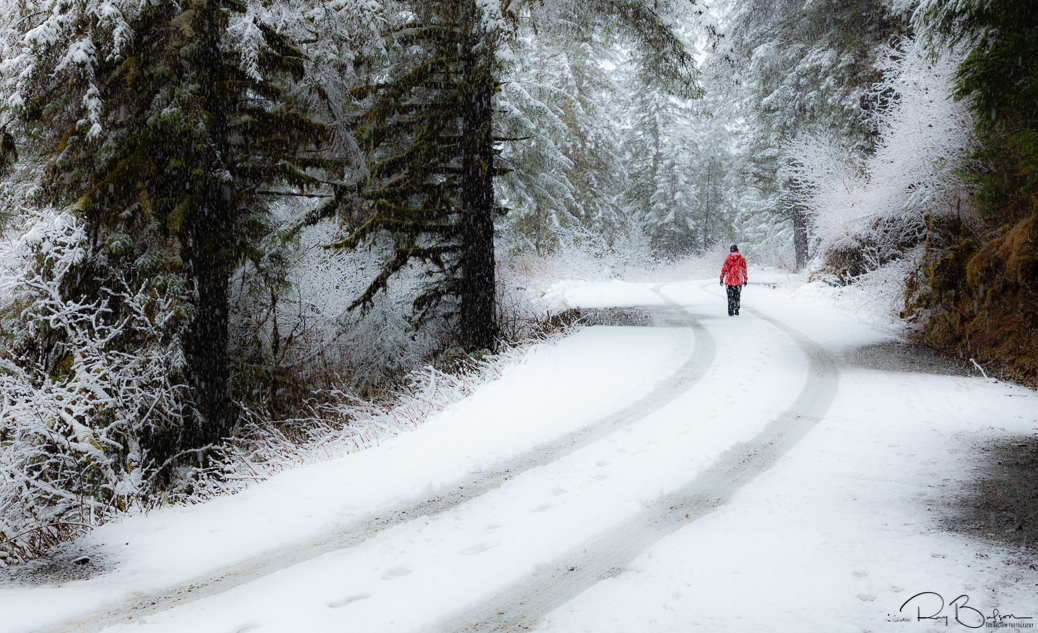 The Merriam-Webster dictionary defines clarity as “the quality or state of being clear.” Conventional teaching on post-processing with Lightroom says the clarity slider is primarily used to give an image more definition or “punch.” Moving the slider to the right (positive clarity) increases contrast in the mid-tones of the histogram without the risk of clipping shadows or highlights. I find it brings out more detail in my images globally and is particularly useful for landscapes. However, did you know the clarity slider can also be moved to the left for negative clarity? Given the advantages of more clarity, why would you want to make an image less clear? In the case of the above photo I will show that a negative clarity actually enhances the image better than positive clarity.

In early May my wife and I travelled to Cordova to witness the annual migration of shorebirds to their arctic breeding grounds. Thousands of birds, representing dozens of species, stop by the many bays, inlets, and estuaries of Prince William Sound to refuel after non-stop journeys of hundreds or more miles. This is my seventh year photographing the event and each year I face two unknowns: will the birds be there in large numbers and what will the weather be like? Being situated in the northern reaches of North America’s temperate rainforest you can always count on rain in Cordova. It is only a question of how much and for how long. For the first three days non-stop rain and wind prevailed. Temperatures hovered in the mid-thirties and snow and sleet mixed with rain. The snow line was just about three hundred feet above sea level. Photographing birds was out of the question. Nevertheless, by the third day I was getting antsy to generate some images so we ventured out.

On a previous trip I photographed some cascades along the road on the north side of Eyak Lake leading to Power Creek. With all the rain that had fallen I thought I might be able to get some landscape photos of cascading water. As we progressed further down the road the rain turned to snow and before long the spring scenery was transformed into a winter wonderland. We stopped to revel in the freshly falling snow and I immediately knew the photo I wanted to take.There was a nice bend in the road that created a leading line through the snow covered rainforest trees. I asked my wife to walk down the road as I took several photos. I wanted to convey a hiker wandering alone in this intimate winter landscape. When I posted this on social media the title was “Wanderlust – Looking for Spring.” Below is what the photo looked like optimized with a positive clarity of 15. While it was nicely composed and properly exposed it was too literal an interpretation. It did not convey the surreal feeling of being in a snow storm on Cinco de Mayo. The visual impact I was looking for was not there.

Then I remembered that by using negative clarity to reduce mid-tone contrast a photo will appear foggy. The final image represents a clarity setting of -80. This rendition more closely resembles what I saw as snow came down at a good clip and distant objects became more obscured. Its softness has the look of a dream sequence and it begs curiosity. Why is this person walking alone on a desolate road in a snow storm? Where is she going? The fuzzy darkness of the trees on the left and the bare ground on the right adds mood and frames the road directing your eye to the subject. The red jacket also helps to make her stand out.

What started as a search for cascade photos ended up as a lifestyle stock shot. By using negative clarity that stock shot was transformed into a more creative, artistic, and intriguing landscape. If you are looking to transform an image in a different way give negative clarity a try. You may be pleasantly surprised.

Postscript – We never did find Spring that day. As we reached the end of the road at the Power Creek trailhead the snow was four inches deep and still coming down!

This site uses Akismet to reduce spam. Learn how your comment data is processed.

Ray Bulson is a freelance nature photographer based in Eagle River, Alaska.  He specializes in fine art landscapes, teaches several workshops, and provides customized personal instruction.  His stock photography is represented by Alamy and Panoramic Images.  He is past president of the Alaska Society of Outdoor and Nature Photographers.